Well, I wasn’t expecting to be posting a trip like this one but with a lot of great travel destinations either closed or with limited availability, some friends and I decided to charter a deep sea fishing trip. From where we live, the Outer Banks area seemed like the best departure point.

One of the things that makes the Outer Banks region such a good spot for fishing trips is the fact that along the coast in the northern part of the state, the land juts out into the ocean making the trip out to the continental shelf shorter. The quicker you get to the good fishing grounds, the better.

But I am getting ahead of myself here. Our group of six included, besides myself, our neighbor Edd who is a travel agent for Tour Plan International in Richmond Va., , his wife Eileen, our friend William Tyler (an actual descendant of President Tyler) who owns a germicidal UV and UVC lighting company, William’s brother-in-law Freddie who owns an SEO company in Richmond, Va., and last but not least my wife Angie. Angie and Eileen were skeptical about this adventure but we were having trouble rounding up enough people to join us, so they agreed at the last minute. We were hoping to split the relatively high cost between 6 people, but four of us wound up splitting it and the ladies were treated to a free trip (since they didn’t want to go anyway, it seemed the least we could do).

We did some research to find a good charter, but discovered there are a ton of good ones with lots of high ratings. We wound up choosing Bite Me Charters due to the great name and their awesome boat which is pictured on their website. They normally run out of Hatteras but move the boat to Oregon Inlet in August because the billfish tend to congregate there.

We drove down on a Friday night and stayed in a hotel, excited about the prospects of landing a big Marlin or Sailfish. The weather was beautiful with relatively light winds and temps in the upper 80’s, perfect for a day out on the water.

The trip began about 5:15 in the morning, just before daylight. Why fishermen insist on leaving at such early hours is beyond me. There was a parade of boats all vying to be the first out of the inlet. It was a traffic jam. I was glad I wasn’t driving … too many boats in too small of an area for my tastes. Anyway, it took about 90 minutes or so to get out to where we were going. On the ride out, once we left the inlet, it seemed the boats veered off in many other directions, but once we got out there seemingly in the middle of nowhere, there were boats visible all over the place.

It was a relatively calm day, but surprisingly Captain Jay informed us that in the event you start to feel a little queasy, he has a supply of foods that if eaten in very small quantities, would settle the stomach. He had chips, fried chicken, sausage, and a few other “medicines” for the seasick, but it turned out none of that was necessary.

We had been trolling for maybe 30 or 40 minutes when one of the crew spotted a piece of wood floating out there so we made our way over to it. We were told that the shade underneath the wood attracts small baitfish and Dolphin like to feed there. And sure enough as we got close you could see 5 or 6 nice Dolphin swimming under it. We pulled in the lines and got spin casting rods with cut bait and simply cast over to the wood. Bingo! We caught 4 of them in short order before the others disappeared. They are beautiful fish and some of the best eating out there. Just in those alone we felt like we got our moneys worth. But we were far from done.

An hour later we hooked a nice Wahoo. Felt like 30 or 40 pounds. Before the day was done we also has two Yellowfin Tuna in the box. We were, of course, hoping to hook up with a Marlin or Sailfish but it wasn’t to be that day, but still we had a great time.

While the ride out is somewhat somber and quiet as everyone anticipates the big day, the ride back in is quite the opposite, with music playing and everyone high-fiving, laughing, and recanting somewhat embellished stories from the day. Captain Jay and crew were extremely knowledgeable and friendly. The ladies also had a wonderful time but thankfully it was flat and calm. If the weather had been different, they might have come away with a different impression.

We will try to get this on the radar to do annually, and would book with the Bite Me crew again. Fantastic day and 30 or 40 pounds of excellent fillets each (plus a bunch given to the crew) turned it into a successful outing. 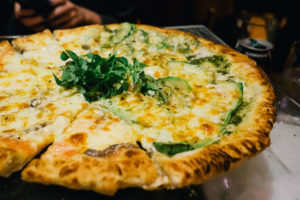 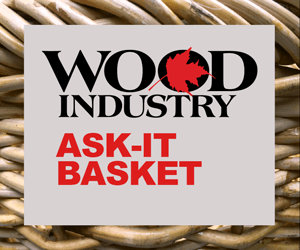 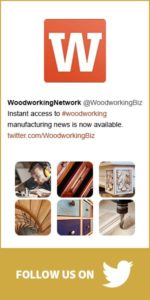